Today I though I would share a tip of a great app for those of you who have macs. I think we all love facebook messenger for phones and tablets, but writing messages on the facebook webpage is still kind of awkward and ugly. Some time ago facebook separated the message service and launched a new page called www.messenger.com. This is already much better than the original webpage, but even better would of course be to have an native app. And that is precisely what some cool developers have released as an open source project for mac. I should perhaps state that this is not an official product, but it’s really amazing and I love it. In fact I often find myself answering at messages from my mac when it’s nearby because of the physical keyboard.

Hope you like it as much as I do. 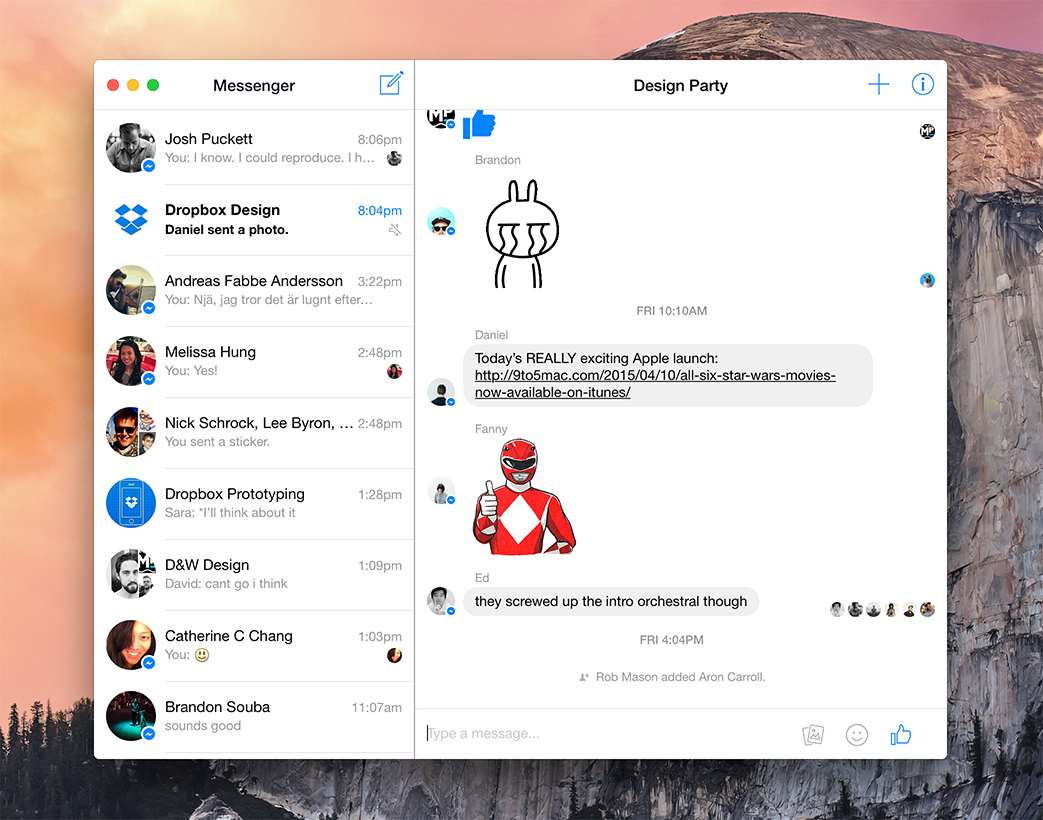