If you read the last movie-review-post-thingy you know the drill by now. Here’s another five movie reviews. By the way, I think it makes sense to recommend IMDB sometime now. As many of you know it’s a database (well, more like a site perhaps) about movies that contains most of what you need to know about the film industry. I tend to be most interested in the Hollywood stuff, but there’s lots of information about extremely obscure movies as well. I’m into IMDB mainly for two things; the watchlist and the ratings.

The watchlist is a list where you put movies you want to see in the future. Of course you could have such a list in a document (I had it like that for a while), but once you start to use IMDB you’ll see that it’s much more fun to use, since you get information about actors, covers and trailers. A great way to find new movies is also to browse around for a bit, watch a few trailers and then add some movies to the watchlist.

Then we have the ratings. Everything is more fun with statistics (I really think so) and it’s great fun to rate movies. It makes me more invested in the films, since I pretend to be a reviewer and therefore try to give fair ratings. You can also see what the press and the users of IMDB thought about movies, which can sometimes be surprisingly interesting. There’s also some social media thing going on and if you like you can check out my profile and perhaps give me some movie suggestions or somethings. Or just find some good movies to put in your new shiny watchlist.

Alright, enough about IMDB, let’s look at another five reviews. 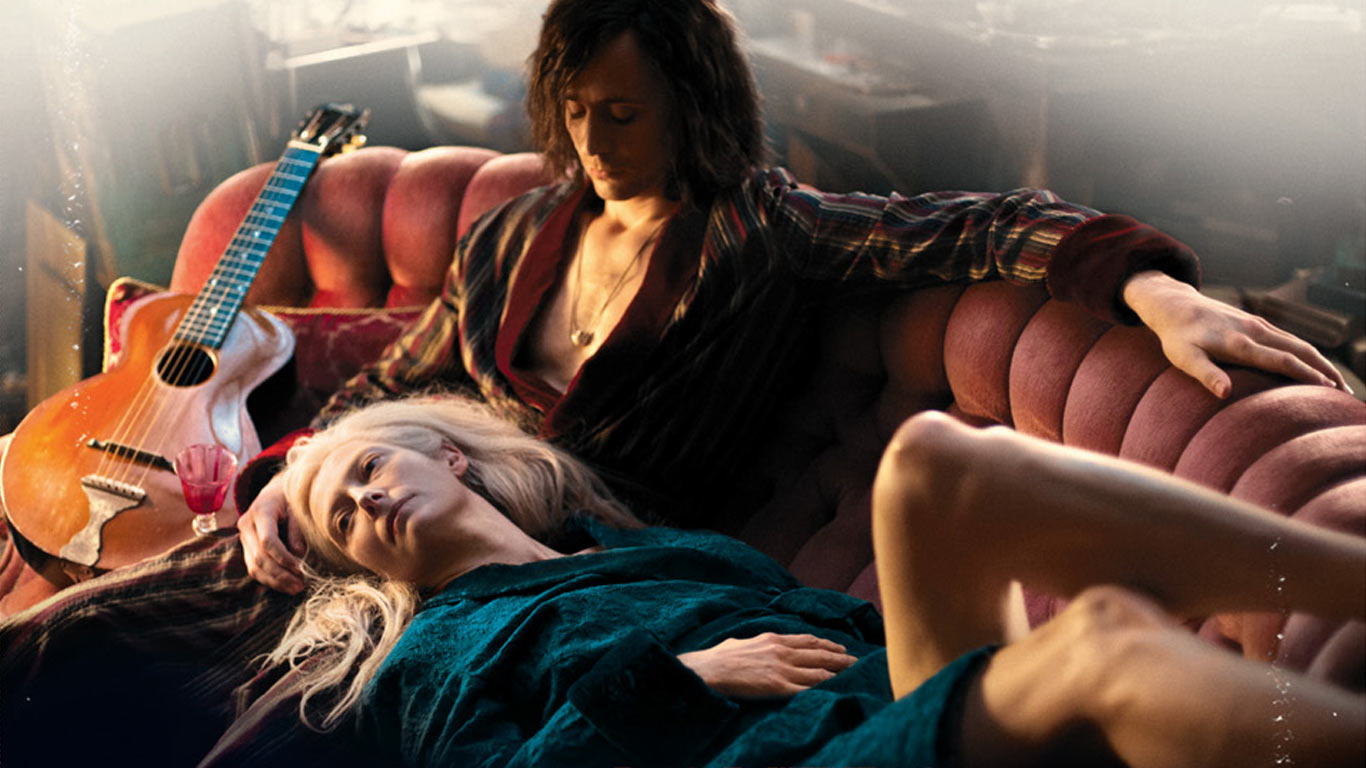 After the glittering vampires in Twilight the vampires were in desperate need of a makeover, and it turns out that they got their redemption a couple of years ago from this magnificent movie. Tilda Swinton and Tom Hiddleston are both great in this slowly paced and beautifully filmed drama. As with all good fantasy there are lot’s of references to modern issues, all handled with care and thoughtfulness. The vampires are fighting with distance relationships, fame and with finding the motivation to live the slow and very long life of a vampire. Their relationship to blood have many similarities to drugs, which I also found very interesting. The high rating from me here is mostly because of the slow pacing of the film that I’m a sucker for and because it’s so stunning visually and also musically. It’s easily one of the most beautiful films I have ever seen. With one of the best titles, so there’s that as well. 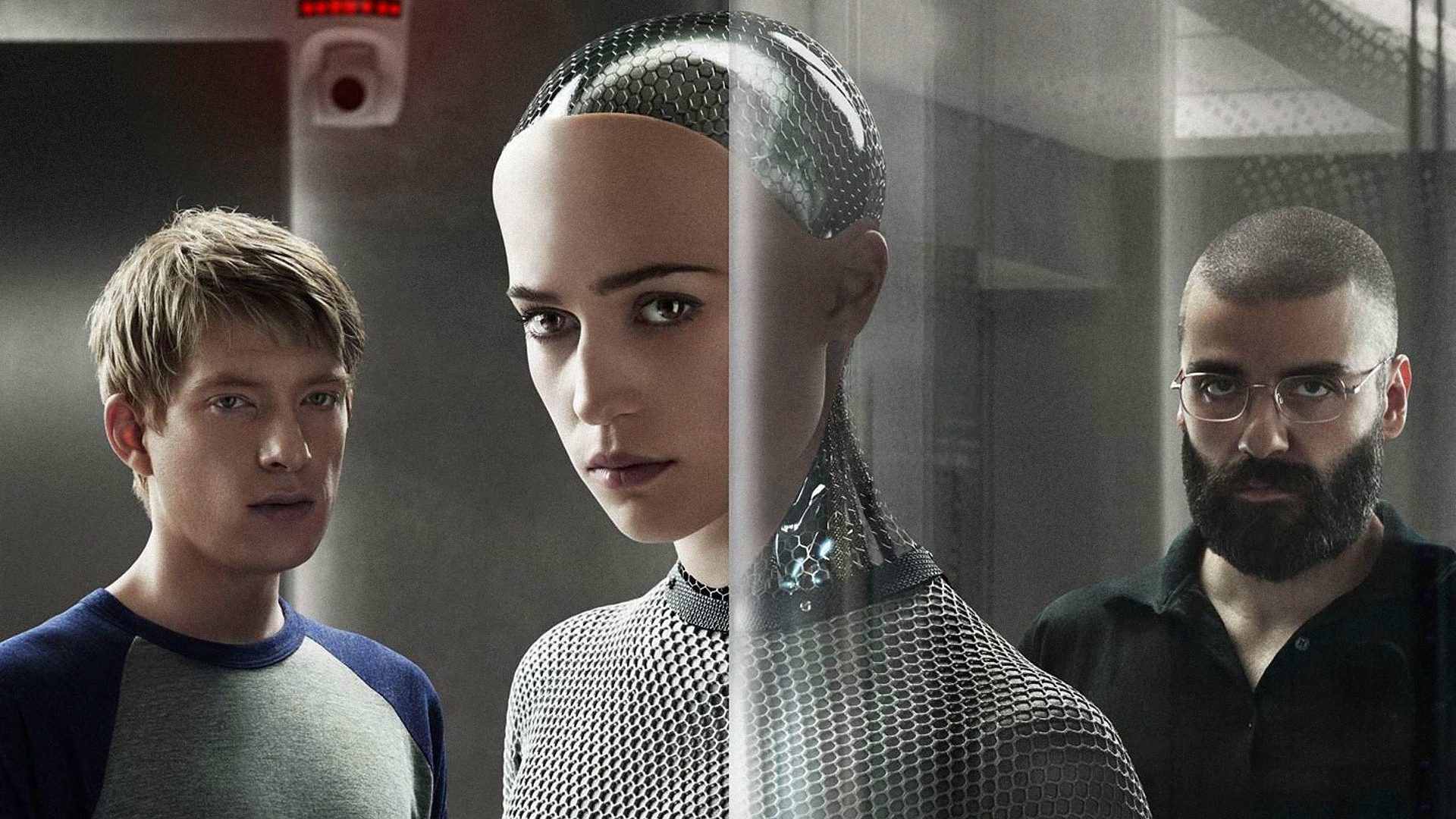 This is another pretty slowly paced and beautiful film, but this time we are in the territory of science fiction. And as with all good science fiction this is in a future that seem to be right around the corner. As you might have guessed already the theme here is artificial intelligence. Unfortunately I thought that this movie suffered from a few clichés, like the lone genius who somehow manages to be brilliant and do great work while at the same time being a drunk. Towards the end these amazing smart people act stupidly all of a sudden in order to create drama, something I’m allergic to. But these reservations I have are not so severe and overall I have to say that I enjoyed the movie a great deal. There is much to like, starting with Alicia Vikander’s great performance (go Sweden) and the way they update the Turing test in a meaningful and smart way. It’s an extremely focused film that follows my favorite quote by Einstein: “Everything should be made as simple as possible, but not simpler”. There are no unnecessary characters, plot twists or locations. If you are at all interested in technology and artificial intelligence this is a warm recommendation.

What We Do In The Shadows 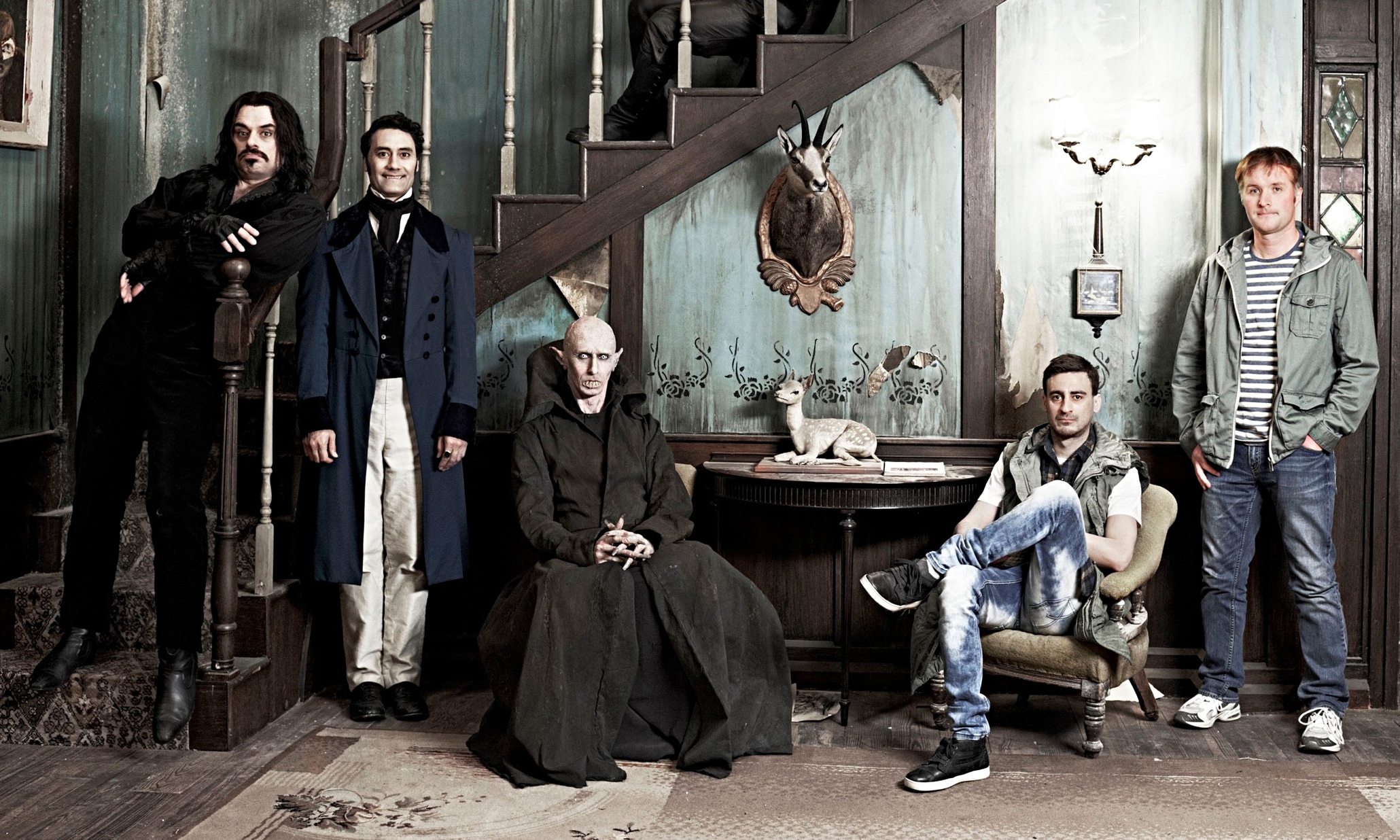 Alright, it’s time for even more vampires. It turns out that the people behind Flight of the Conchords can make movies as well as tv-series. “What We Do In The Shadows” is a story told as a documentary about a couple of vampires living together. The interaction between the vampires is what makes this movie so great and you’ll immediately recognize the absurd and cute humor from FotC. The vampires argue about who should do the dishes and about which club to go to (of course they end up in a really lousy and empty pub). They meet aggressive, but gentle, werewolves reminding each other as they lose their temper: “We’re werewolves, not swearwolves”. And the list goes on. Perhaps this is not everyone’s humor, but to me this is great and I laughed out loud on several occasions. If you like FotC or are intrigued by the trailer, you will most definitely love this comedy. 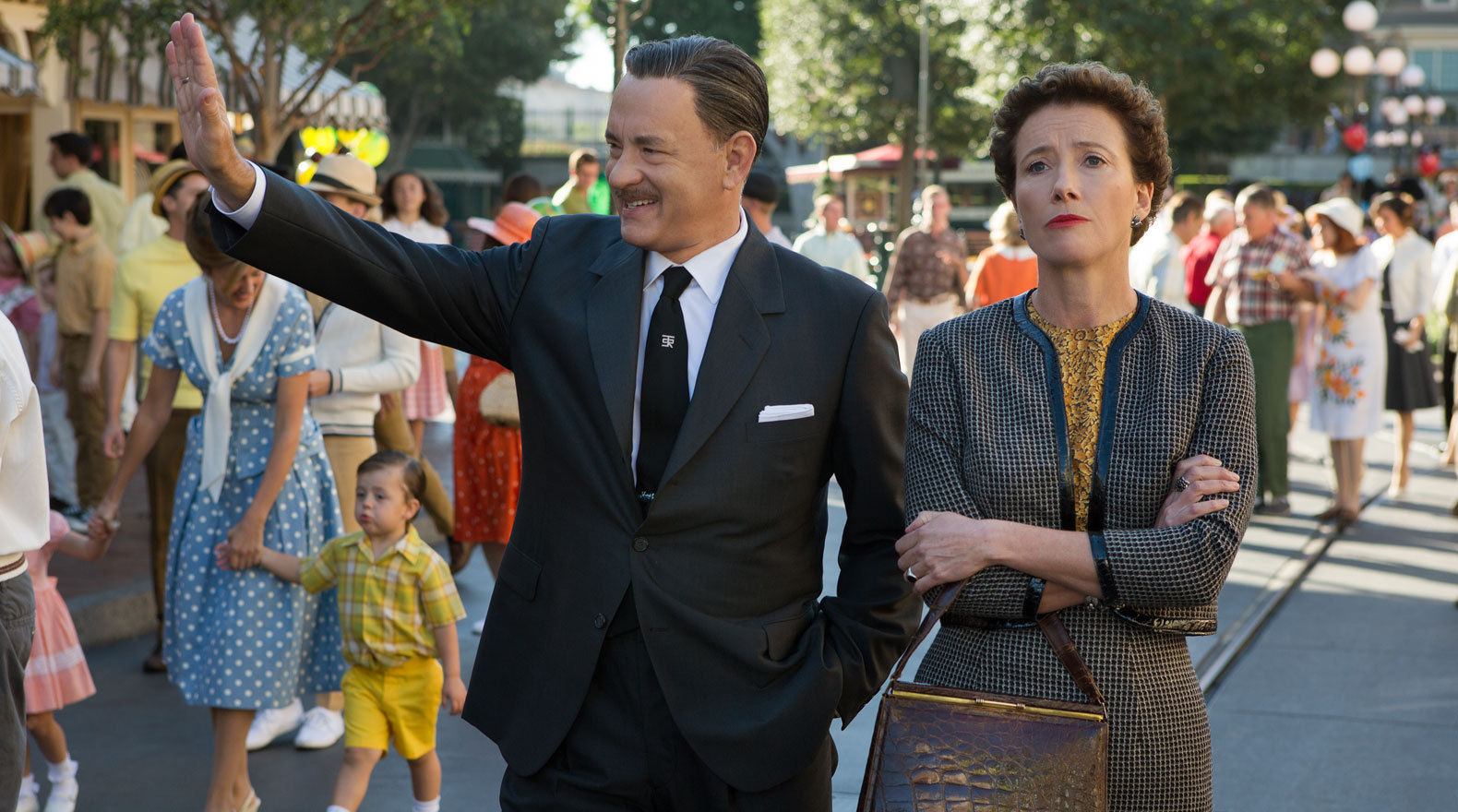 Perhaps I would like this movie more if I had any relation to Mary Poppins, but I really don’t. The story is about Walt Disney’s fight for the movie rights to Mary Poppins in the sixties. It quickly turns out to be way more work than Disney first thinks, since the author P. L. Travers is hard to cooperate with, which is the understatement of the century. And there you essentially have the entire plot. Travers is never satisfied with anything Disney and his team comes up with and sees Disney as a loud, childish and … well American personality. Or with her British words: she puts up with his silly, absurd, ridiculous, foolish nonsense. While the interaction between Disney and Travers is only mildly amusing, the photography is good, the music is great (but perhaps a bit generic) and the scenery is just amazing. If it was up to me, every movie would take place in the American sixties. This is a good movie, but at least on one occasion it felt painfully sentimental. It is also very Disney-friendly (the movie is Disney-produced) and I have strong doubts that P. L. Travers agrees that it was in fact Disney himself who saved Mr. Banks in the end. 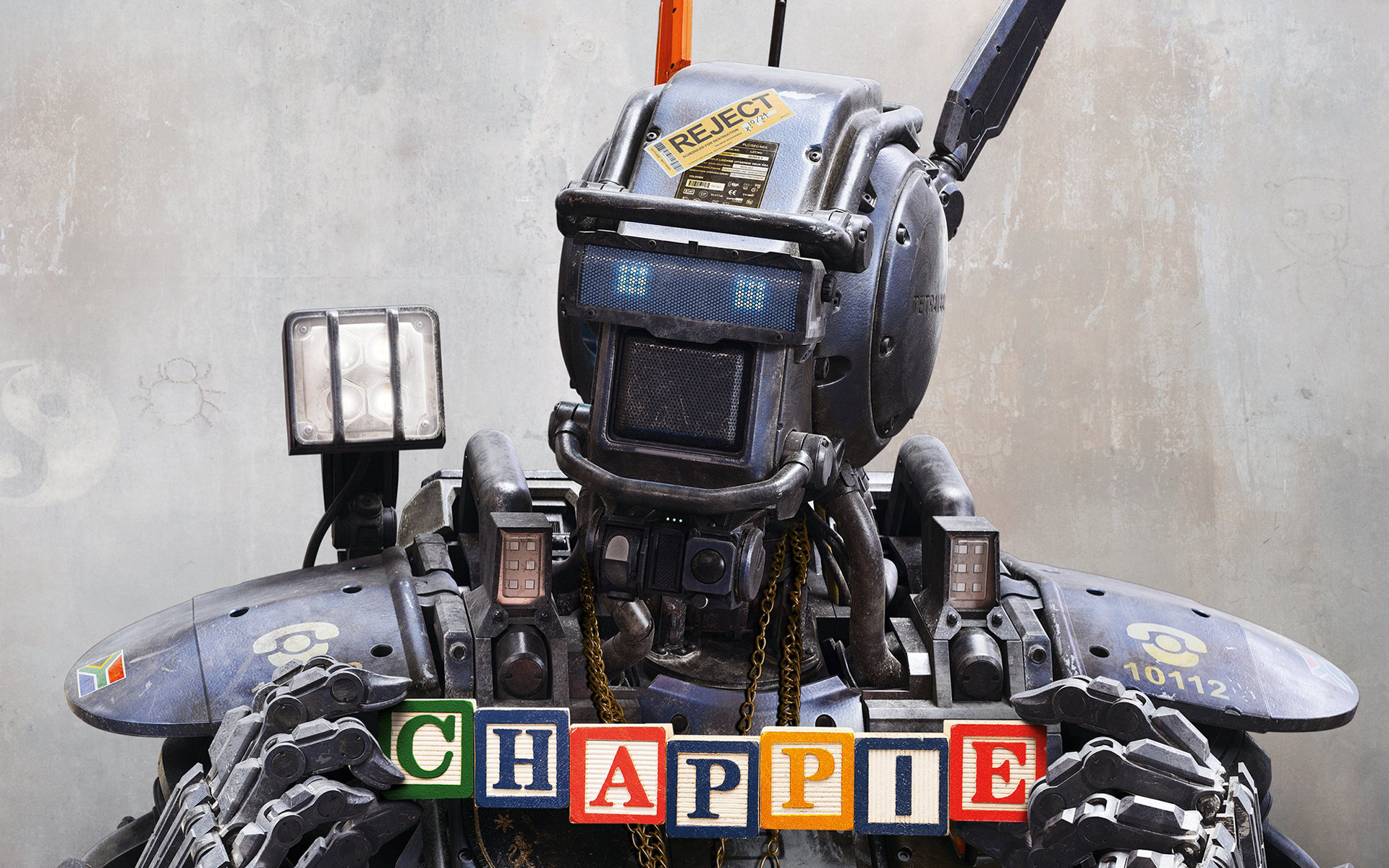 Chappie is a cute, but rejected robot who is suddenly given artificial intelligence from another one of these sole geniuses that tend to pop up all over the place in sci-fi movies. What makes this particular movie stand out, despite the extremely conventional premise is Die Antwoord, an extravagant gangster music group. Due to deus ex machina Chappie finds himself being raised up by these strange musicians. He quickly gets himself a nice cars and some bling, despite his creators complaints. Chappie (the robot, not the film) is supercute and amazingly animated and Die Antwoord are so photogenic that you don’t really mind the story loosing tempo at several occasions. What really drags this movie into the dirt however, is the hollow and pointless villain (I don’t think I have ever seen Hugh Jackman in such a crappy role) and the fighting scenes that made me yawn every time. On a Niell Blomkamp scale going from Elysium to District 9 this one goes somewhere between. Alright, alright, here is your 1-10 traditional verdict as well. See it though, I try to be a bit harsh with the grades.